Cut and paste the following text, between the __ and email to either news, or webmaster or postmaster or admin@your ISP (different ISPs have different departments that handle adding newsgroups.)
--
On June 26, 2001, herblady@newsguy.com (aka Rastapoodle) had the following Control message propagated by mike@newsguy.com (news admin@newsguy.com) that established the newsgroup alt.fan.lucy-lawless

This charter is being proposed for the formation of the Usenet newsgroup
alt.fan.lucy-lawless. The career and other topics of interest on the actress Lucy Lawless can be discussed in this newsgroup.  The newsgroup will cover both basic and specific facts and questions about Lucy Lawless. The early career of the New Zealand actress, appearing on stage, in TV commercials, on TV shows, and, most recently (1995-2001) as the icon Xena: Warrior Princess in the cable TV series, are of interest to her many fans.

The posting of binary attachments such as picture, video, sound and html files
are considered to be off-topic. People should put their photos on a webpage or
use a picture host like www.yahoo.com that will host your picture for public
access and then post the link to the newsgroup.

Spamming is not allowed, and spammers will be reported to their ISP for
appropriate censure. Bootlegs for trade, not sale, are allowed, in keeping
with the noncommercial nature of this newsgroup. Up to four lines of commercial
information will be allowed in a signature.  Flaming/trolls will not be
allowed in the newsgroup, and flamers will be reported to their ISPs.  It is
acceptable to post about your website if it pertains to Lucy Lawless,
whether it contains advertising or not. It is requested that in the
subject header you write:"New Lucy Lawless website" to discern
these posts from the others.

Before posting, you are encouraged to see what has been discussed on the NG.
Often, a search on dejanews will show you a 'thread' on a topic that has
already been covered, and will help bring you up to speed on the subject.

Most of all, just have fun, make friends, be nice and enjoy the vibe.

New Zealand-born actress and singer Lucy Lawless first came to the attention of a worldwide audience with her appearances on the syndicated series Hercules on cable TV. Her varied characters were so popular on that series that a spinoff was created as a vehicle for her, and the character, Xena: Warrior Princess was introduced in 1995.

Xena quickly became an icon of a strong woman warrior, unique and strong and ever-evolving as a human.  Her fans are a devoted bunch, and hundreds of webpages exist in honor or Xena. The newsgroup alt.tv.xena exists for discussion of that show, its characters, plots, trivia and evolution. The proposed alt.fan.lucy-lawless will focus on the actress and her life beyond the role of Xena, realizing that discussions of her character Xena will appear in alt.fan.lucy-lawless, also. The archives of alt.tv.xena are to be found on Google.com for those interested in the posts on alt.tv.xena.

Hundreds of  websites exist in homage to Lucy Lawless, the actress, apart from, but inclusive of her role, as Xena, and a quick web search will locate them. Lucy/Xena items are hot on Ebay and other auction sites. "E" TV, an American cable station, recently (early 2001) aired a biography on Lucy, tracing her life from childhood in New Zealand to her career zenith (so far) as Xena. Still in her early 30's, Lucy has expressed a desire to break free from the image and identification of Xena to establish her breadth and depth reputation as an actress and singer.

Alt.fan.lucy-lawless will serve as a forum for all discussions on these topics regarding Lucy Lawless.
---- 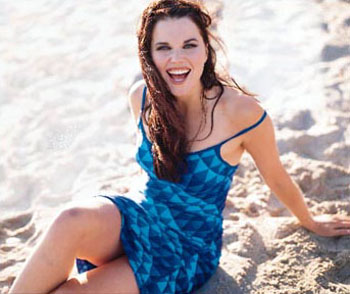 email me with comments, additions, etc.