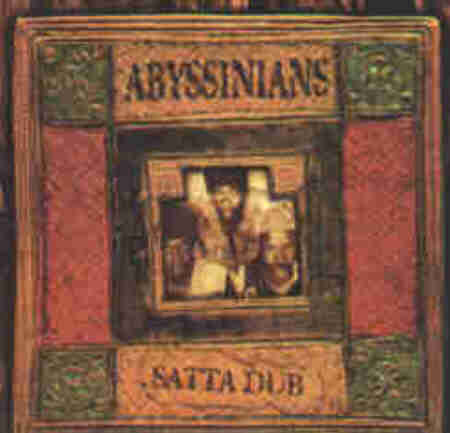 LIST OF TRACKS ON 'SATTA DUB' CD
The Abyssinians are reggae's most spiritual band, making Jah's music since 1969.
To read my interview with Donald Manning, please visit click here.

The Three Harmonies, like three volumes of a rare and ancient book, offering prayers, secrets, Rastafari roots.
Donald Manning, Linford Manning, Bernard Collins -- The Abyssinians.
HISTORICAL AND INFORMATIONAL BACKGROUND ON THE ABYSSINIANS  SATTA DUB
The Abyssinians are among the true legends in the rich history of Jamaican
music. They recorded "Satta Massa Gana", their first song, in 1969. This song
was to become the anthem for Rastafarian music throughout the world. Blending
the beautiful voices of Donald and Linford Manning and Bernard Collins, the
group produced few albums, but always maintained the very highest standards.

TABOU.1 is proud to present the very first dub album ever released by the
legendary Abyssinians: "Satta Dub" is a true miracle that could very well have
not been released -- a fire in Donald Manning's house in Jamaica a few years ago
destroyed many of his tapes.  A patient, "archeological" effort enabled Donald to recover
some tapes, and to properly catalogue them.

A lot of effeort has been put in sound restoration, but TABOU.1 wanted above
all to stick as closely as possible to the original sound. As a result, very
little compression has been used, and moderate use of sound declicking was the
policy used to deal with the album. As an example, on one cut (try and guess
which one)  it was clear that the original sound engineer had forgotten to shut
down an unused channel, resulting in some noice.

After about 10 seconds, theguy must have realized it and instead of stopping
the recording to start all over again, he just shut the channel, because the groove was so good.
On vinyl, especially those pressed in Jamaica, these things don't matter. On CD, they
show. TABOU.1 decided to keep those original little imperfections. After all,
if the original tape was recorded as is, there must have been some reason
(ask the Most High).

Many cuts have never been released outside Jamaica. They include dub versions of
"African race", "Y mas gan", "Meditation", "Dem a come" or "Good Lord" "Satta
dub" can in fact be considered as the  "Abyssinian's greatest hits album in dub".
The musician list reads like the Who's who of Reggae Music, with names such as
Sly Dunbar, Robbie Shakespeare, Leroy Sibbles, Tommy McCook

Like all TABOU.1 productions, special attention is paid to providing customers
with top quality music, but also presenting informative booklets including
captivating interviews  of Donald Manning (courtesy of Anya McCoy and Carter Van Pelt ),
full credits, lyrics, rare photographs as well as beautiful cover art.
A super effort has beem placed on presenting the product properly, with thought and dignity.
TABOU.1 even found the very first official photograph of the group, shot
in 1969 when they had no locks and looked so young! It is the cover photo.

All cuts are strictly original, which TABOU.1 has taken utmost care to
remaster and restore using the latest in digital sound restoration. Master
tapes received by TABOU.1 had been poorly transferred onto DAT, which was a
tad too fast compared to the original cuts. The task of slowing down the music
to the correct speed was painstaking. All these efforts do pay off, as the
result is stunning and far better than a similar project recently released by
a US company

"Satta Dub" could be filed under "Sacred music" in addition to "Reggae" and
TABOU.1 hopes it will provide joy and peace of mind.

TABOU.1 thinks the artists and the public deserve nothing but the best at the
best price. As a result, "Satta Dub" is priced to please, which should make
the album all the more palatable

TABOU.1 specializes in releasing top quality Reggae albums, from prestigious
reissues, to contemporary projects, expect nothing but the best from TABOU.1,
which brings you "Roots with quality".

A special limited vinyl edition will soon be available from Patate Records, who
have done the Bob Marley deluxe packages recently.
Both the CD and the LP are available for $16 + $6 shipping = $22. A
special $ 5 discount will be given to those who buy both (the CD for the
stereo, the LP for the vault!).

This is a great product by one of the most historic vocal harmony  groups in Reggae
history, so do not hesitate to inquire about it, by emailing any
questions you may have. 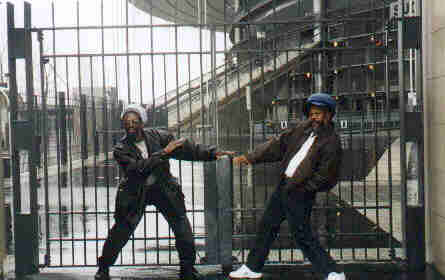